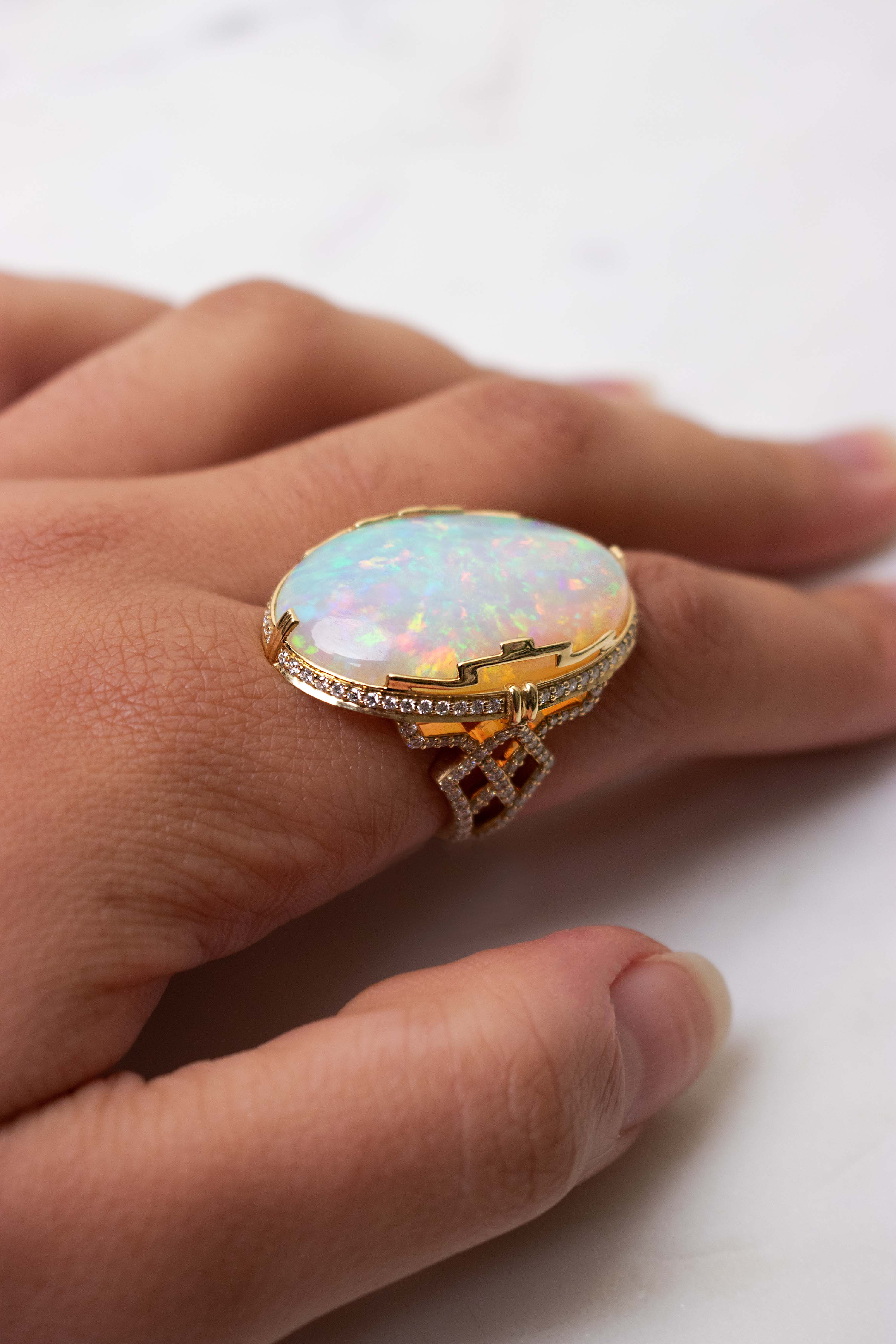 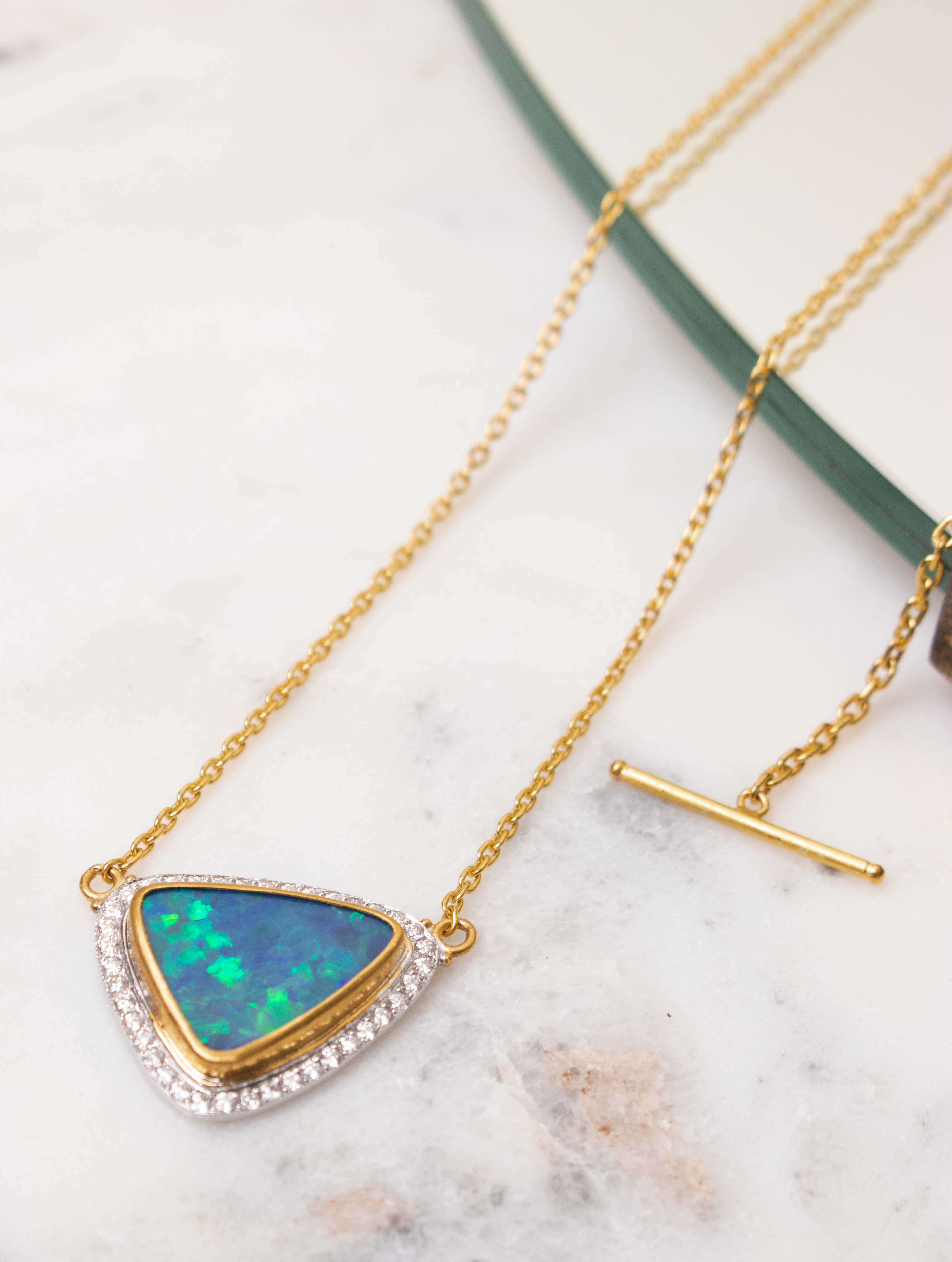 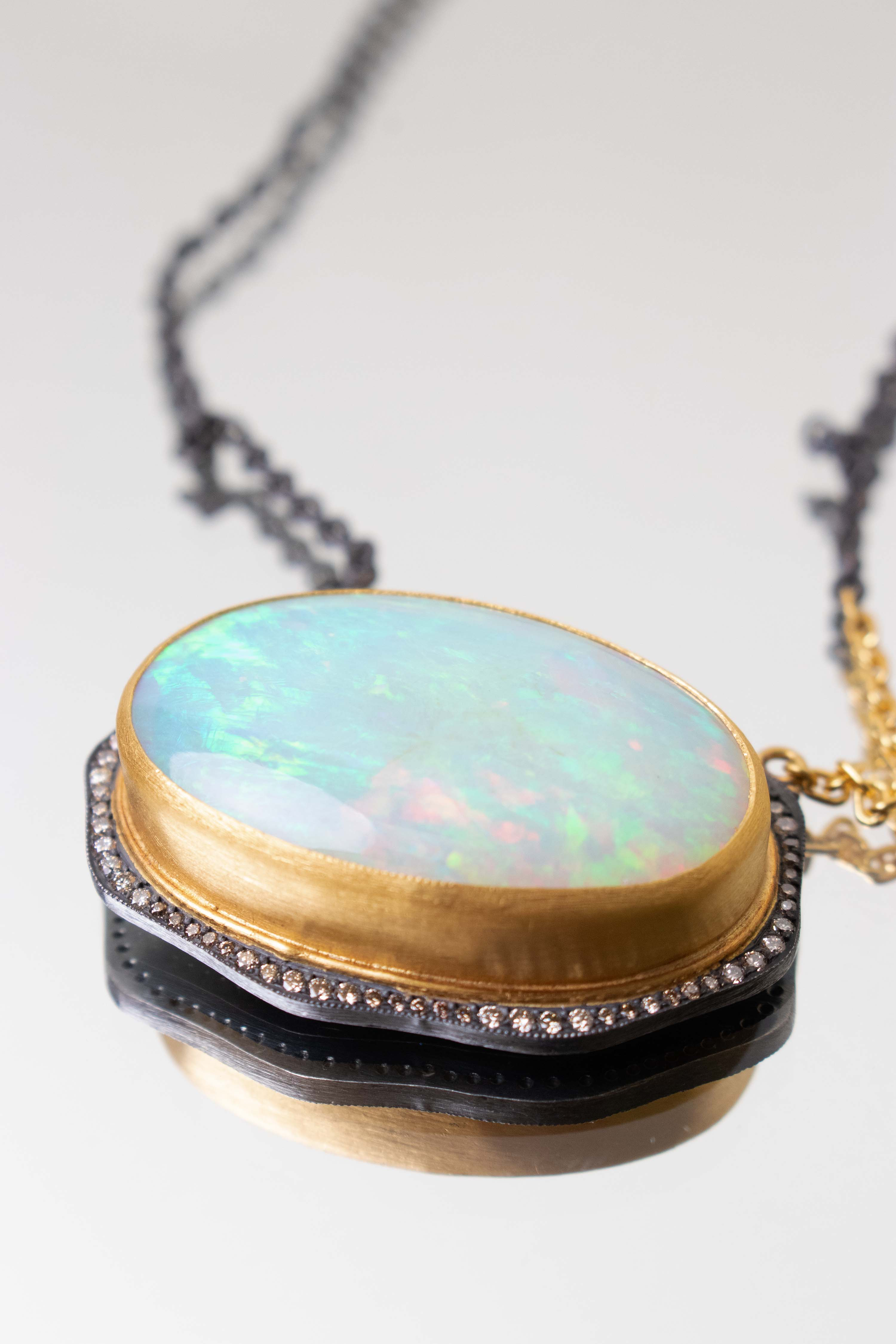 As we enter the Autumn season, we’re highlighting some stunning gems. One of the October birthstones is the colorful and unique opal gemstone. The second is the vibrant tourmaline gem.  ﻿ Many opals you see in jewelry exude lighter color hues with layers of white. However, this gemstone also comes in a variety of shades, even some that mimic the colors of autumn. The opal stone is a mineraloid created by the natural heating of silica gel found in the cracks in rocks. Opals are categorized as common or precious opals. Precious opals come in a variety of colors throughout the stone, while common opal is traditionally opaque or translucent with hues of brown and orange.

As of the present day, Australia has produced 95 per cent of the world’s opals. This stone is also, mined in Brazil, Ethiopia, the Czech Republic, and parts of the U.S., including Nevada and Idaho. The water content of opal gems can range from 3 to 21 percent with a hardness of only 5.5 to 6 on the Mohs scale, making opal a delicate gemstone that should be worn with extra care. Despite its fragile nature, this October birthstone has remained a popular choice for centuries. 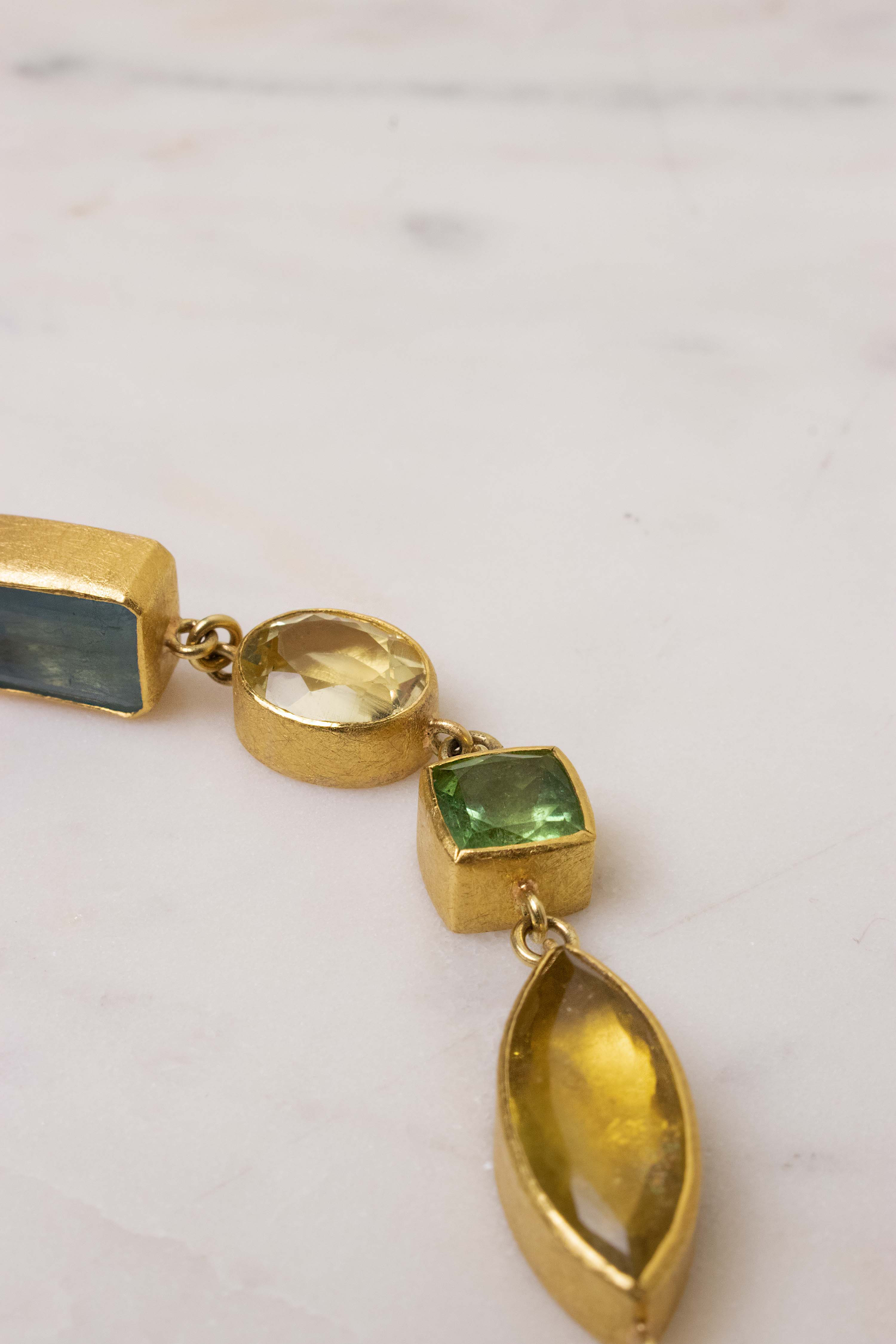 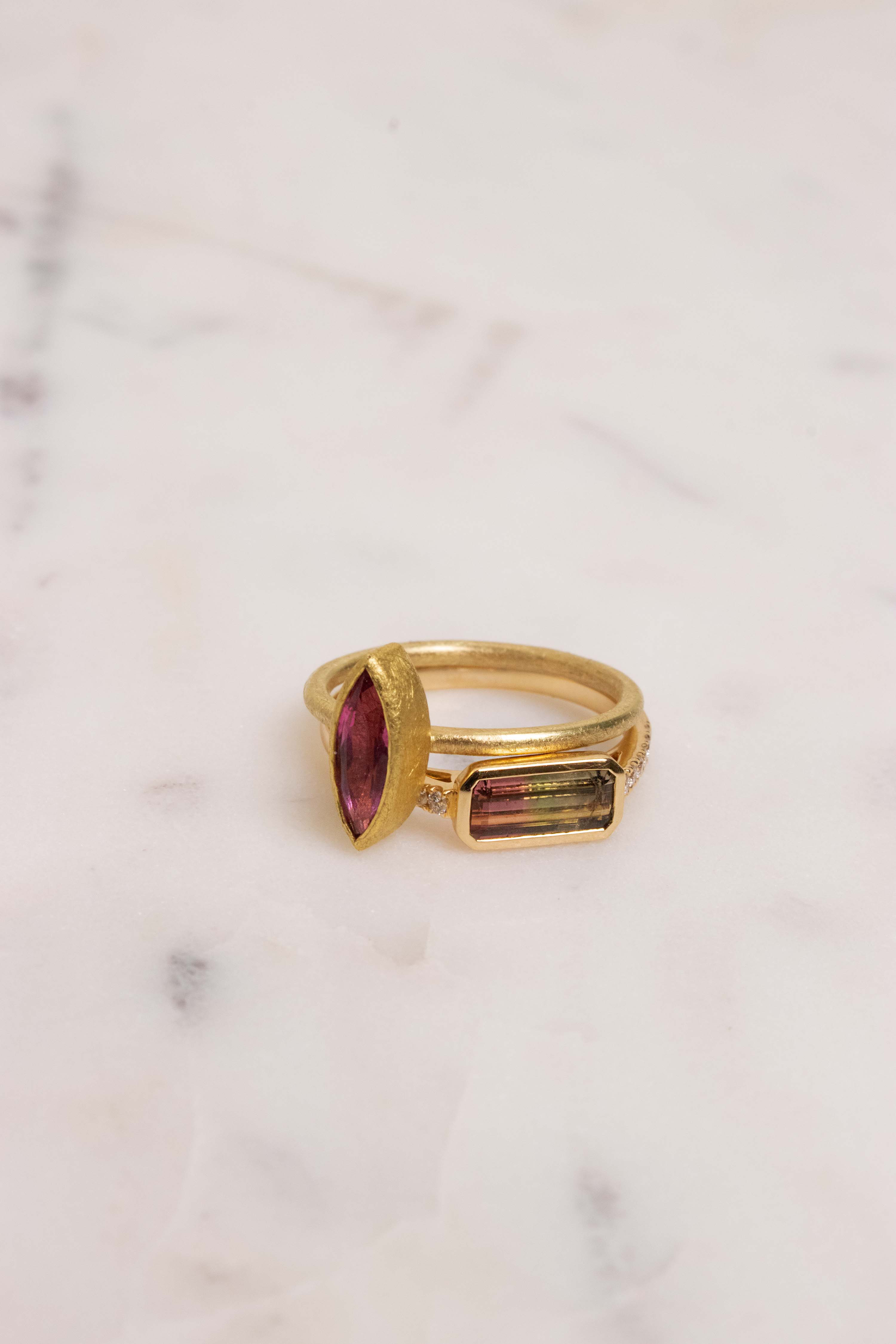 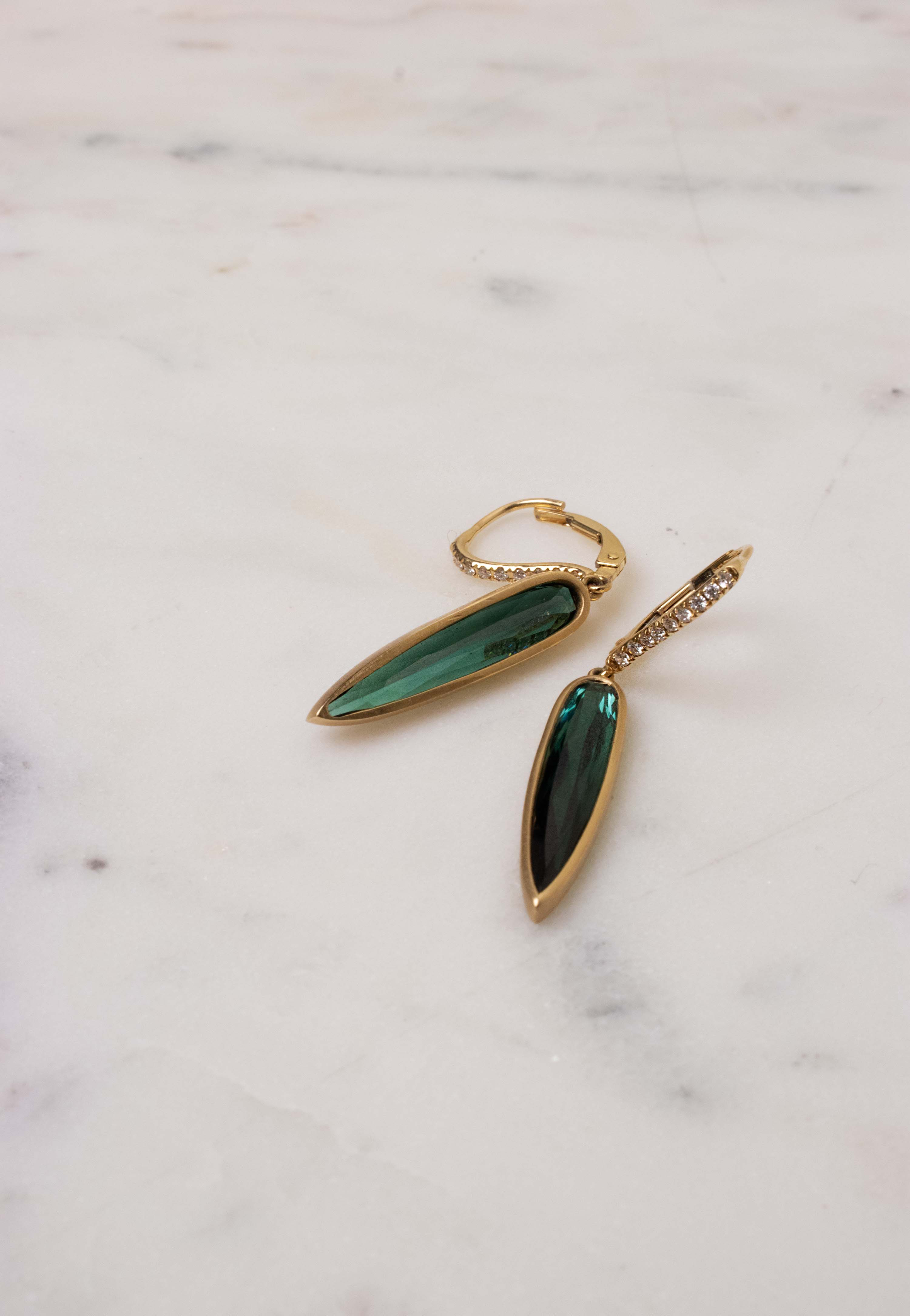 Tourmaline consists of complex minerals containing trace elements that produce distinct colors. This is how some tourmaline names differ from others. Tourmaline is a very appealing stone, because of its variety of colors. Bring that together with durability of 7 to 7.5 on the Mohs scale, tourmaline makes very wearable birthstone jewelry.

This October birthstone is most commonly found in Brazil, but it is also mined in Afghanistan, Pakistan, Kenya and Madagascar. California and Maine are historically important producers of fine tourmaline in the United States. 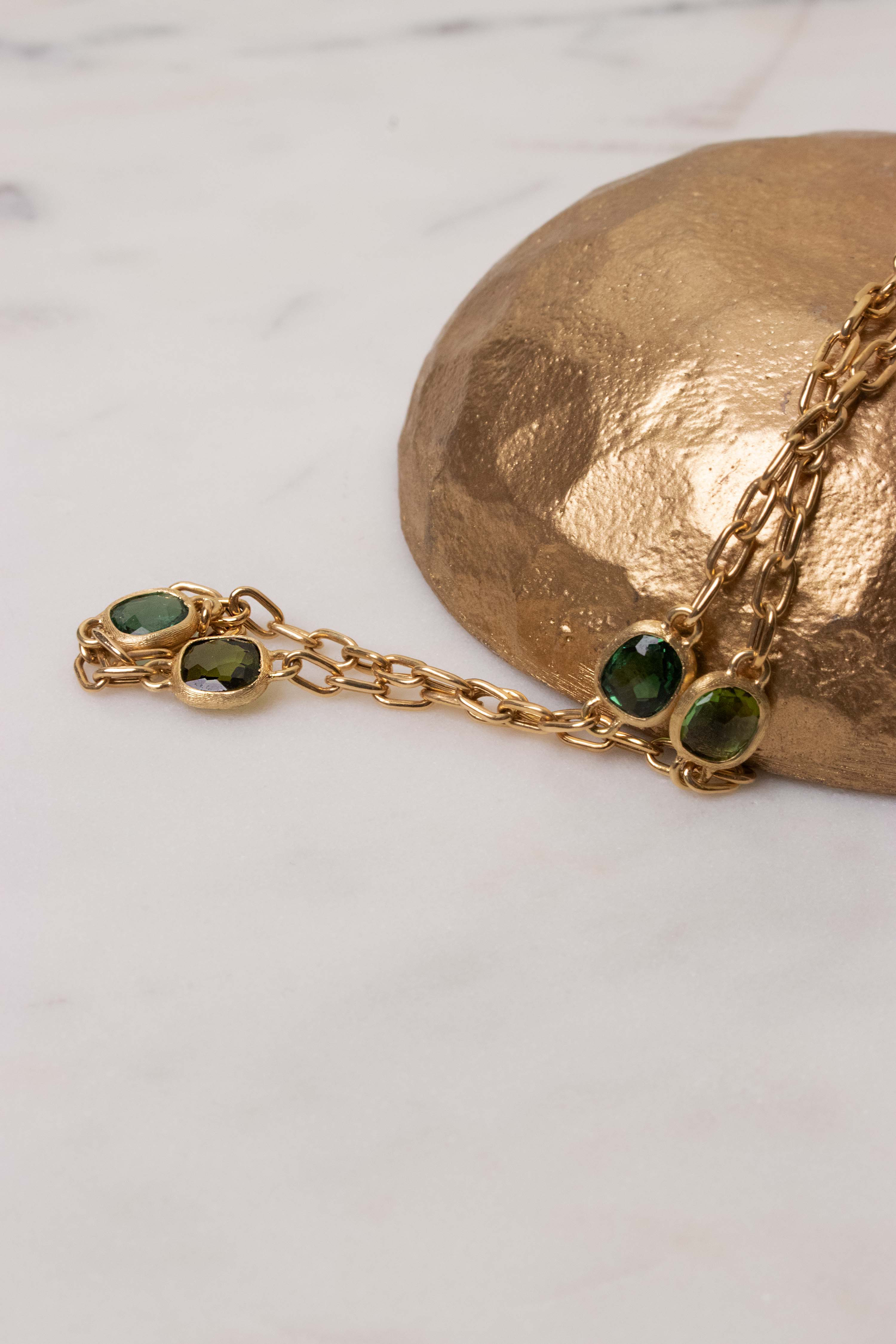 Shop our Opal and Tourmaline collections online and follow us on Instagram for style inspiration. For questions about our in-store collection, give us a call or visit us.