free shipping and no tax

A complete guide to types of Bracelets

Bracelets are our last stop on the way to the perfect look. The choices are many, so it’s helpful to know all the options that are at your disposal to help you find the one  that best reflect your personal style. For this reason, our Skeie's experts have created this guide for you.

What kinds of bracelets are there? 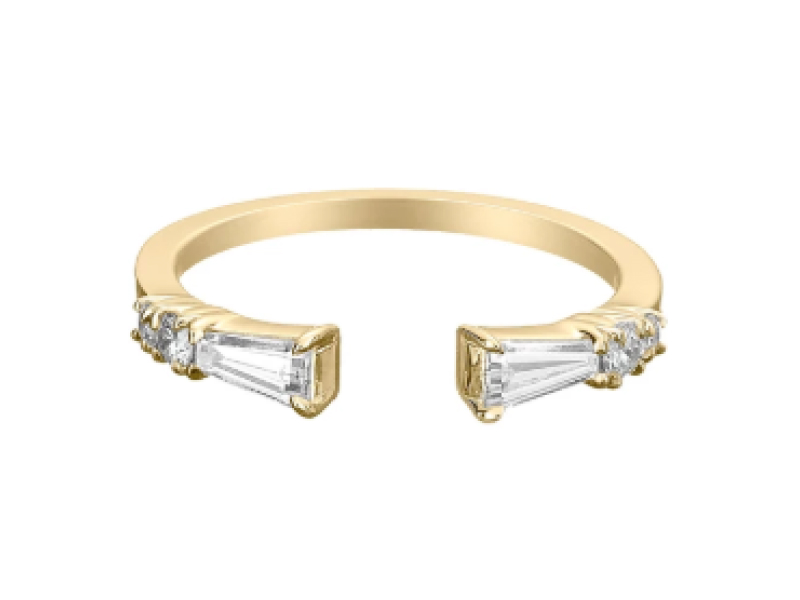 Cuffs are shaped with an open section allowing you to slide them on through the side of your wrist. Although they are not adjustable, they should fit snugly to keep them secure and you can order them in various sizes. Thin cuffs look incredible when stacked, or worn alone for a more minimal look. 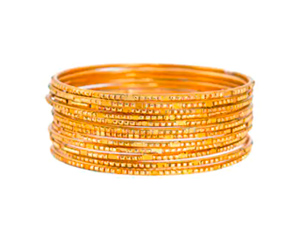 
Bangles are part of a family of rigid bracelets and can be more or less articulated. They come in simple with sleek loops of noble metals or sometimes have encrusted gems and twisted variations. Bracelets are show-stoppers; every time you move your arm, they will reflect gorgeous light. 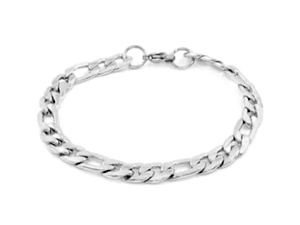 
These are pliable and interconnected in different sizes and shapes resembling woven patterns from thin, delicately intertwined metals. Bet on chains with charms and delicate adornments; they will always add a soft air to your looks. 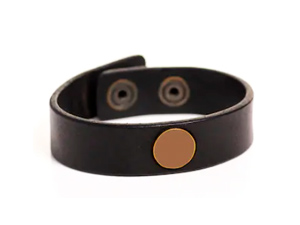 
While we have seen passing trends with textured bracelets, leather has always kept a special place in all hearts. Leather bracelets are often complemented with gold and silver details making bold statements. Look spectacular with the leather bracelet obsession.
Chain Types There are many types of chains. Let's take a look at the most common ones. 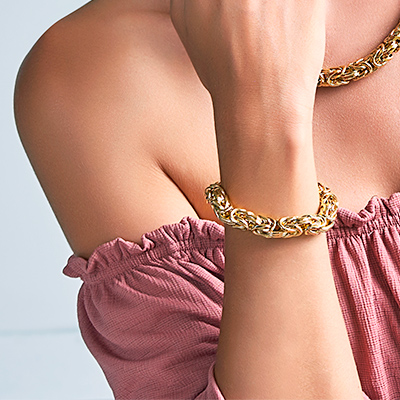 These are woven metals perfectly fitted and polished, merged into a continuous intertwined shape. Wheat bracelets resemble a French braid but are made of only two interlacing parts, definitely wardrobe-essentials. 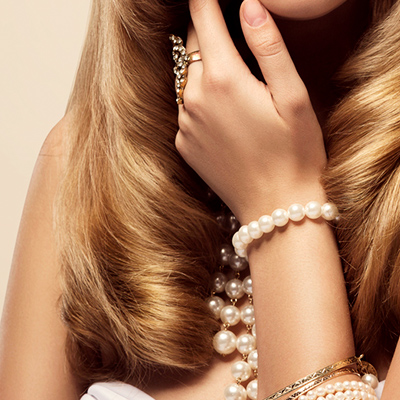 Famously transforming simplicity into originality, pearl bracelets feature linked pearls joined by delicate clasps. They are refined and well-balanced and will always give a chic and curated air. 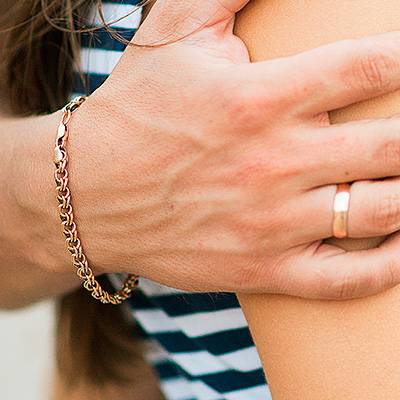 Lovers of practicality prefer this chain. It is considered exceptionally durable and is used both for bracelets and necklaces. The links are oval and resemble joined eights. The larger the link, the more attention they catch! 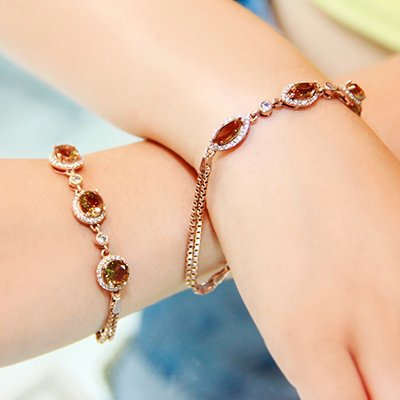 Bead chains are made of small spheres that create an appealing effect. Although the beads look light and airy, they are durable and designed for daily use. Use this chain for romantic combinations. 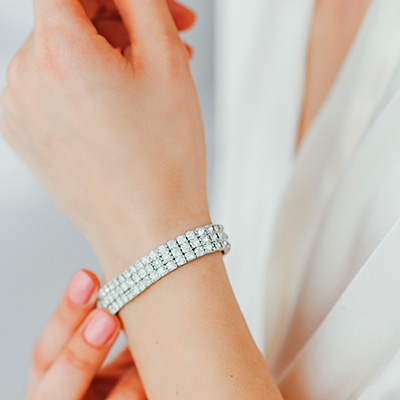 This compressed chain technique of layers of a link on link meshed together, leaving no gaps. This makes dense bracelets of fancy work and one of the most substantial chain options thanks to its connection method. The mesh chain has 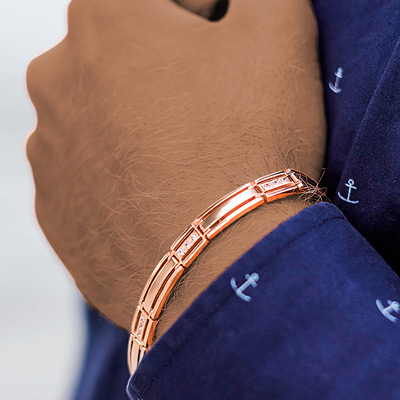 Venetian chains have flat and wide links in the form of squares or rectangles. This chain is easy to identify with its voluminous pattern. The shape resembles tiny linked boxes with movable joints and features a lock. Add these eye-catching chain to your growing collection. 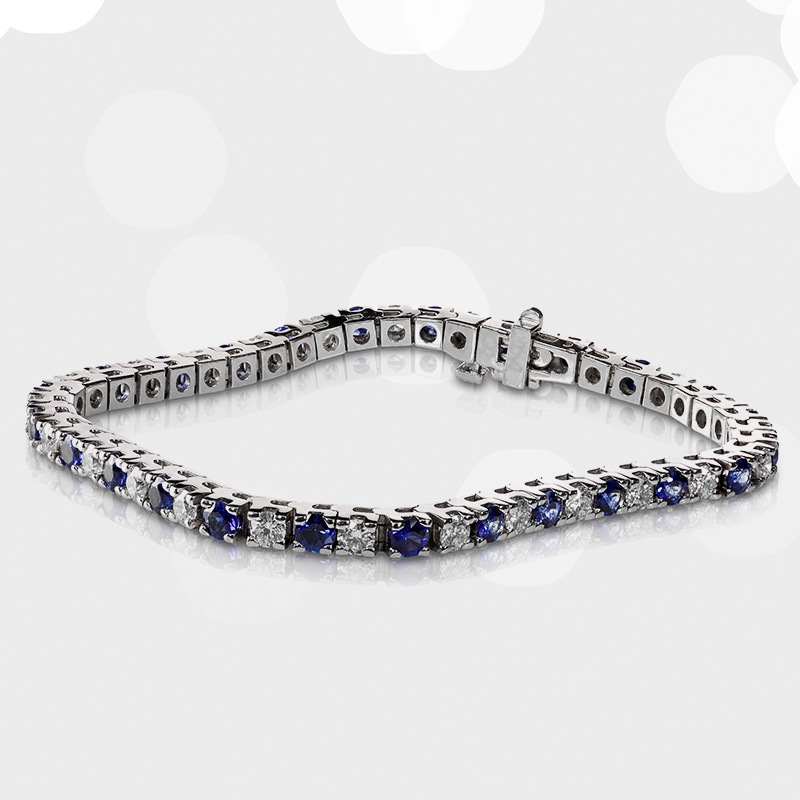 What is a Tennis bracelet?


A subtype of bracelets that gets a category of their own, tennis bracelets is lustrous bracelets with a decorative element that repeats around the real jewel, most often with the same precious stone. The term was essentially introduced into jewelry fashion in 1987 by the American tennis player Christine Evert, whose diamond, as she called, "tennis bracelet" broke during a game and attracted everyone's attention. Recognized also as a fashion star, the repeated Grand Slam winner set out the trend and later even claimed to be winning thanks to her exquisite diamond bracelet talisman. Since then, tennis bracelets have been called precious bracelets inlaid with noble stones in a circle. As usual, this type of jewelry migrated from famous stars to everyday life. Its more democratic version began to be called a "tennis-style bracelet,” allowing jewelers to deviate from the diamond pattern. 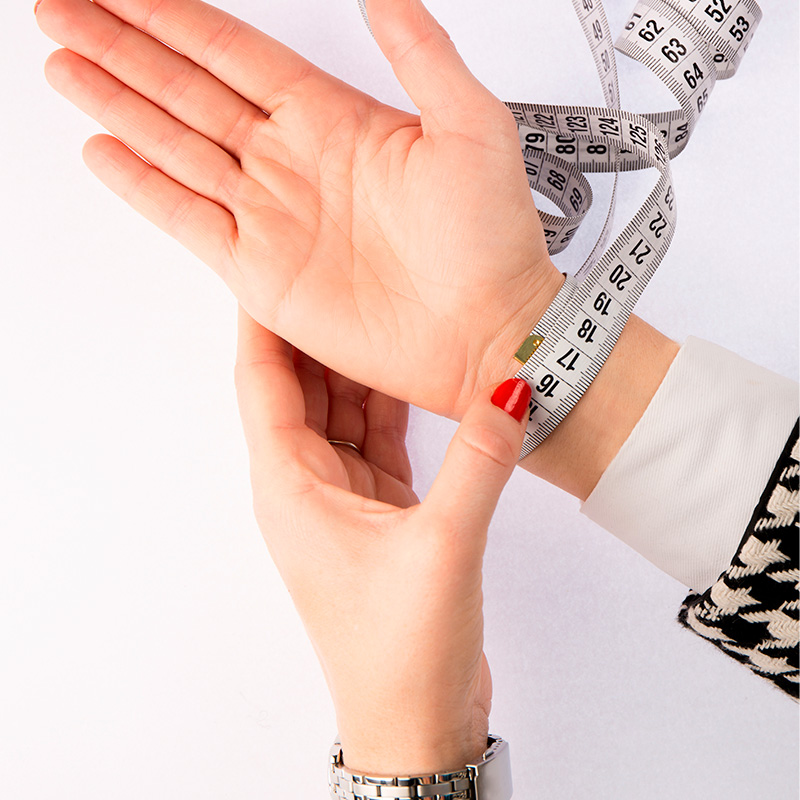 How to measure the wrist for a bracelet?


Please measure your wrist with a measuring tape, a paper strip, or any thread: first, you should wrap your wrist with it, and mark where the ends of the tape or paper strip intersect. A measuring tape will immediately show the numbers and measure a strip of paper with a ruler. The "fit" of the future jewelry has to be comfortable: it should neither be too tight nor slide over your hand. The exact size is at your discretion, but it is more convenient for someone to wear a bracelet on the loose side than a tight-fitting bracelet. Suppose you choose a bracelet in the form of a cuff or bangle (without a clasp). Please measure the widest part of your palm with a measuring tape or use a paper strip and measure it with a ruler. Done!

How to stack bracelets?

The trend juxtaposes bracelets of varied textures and shapes to create a curated and harmonious look that adds creativity and fashion to your outfits. As it turns out, your wrists are very suitable for stacking: create romantic looks with gold and rose golds and delicate shapes; or mix textures with a thin sterling silver bracelet and a leather one. Go to town with the jingles of oxidized silver bangles with delicate gold details. Do not hesitate to play with materials, colors, and shapes. When wearing a stack of bracelets, balancing is imperative not to look flashy, but as long as they look uniform, you can put two, three, and why not four delicate bracelets together? Skeie's bracelets impress by the elegance and versatility. We love to carry bracelets that will become favorites in your jewelry box. Skeie's showcases a complete collection of bracelets in Eugene, Oregon. Come to our store to find bracelets that are elegant on your wrist and that emphasize your style!

Choose your wishlist to be added

We will notify you on events like Low stock, Restock, Price drop or general reminder so that you don’t miss the deal

Purchases on Jabong Web or App

Are you sure you want to delete the wishlist?